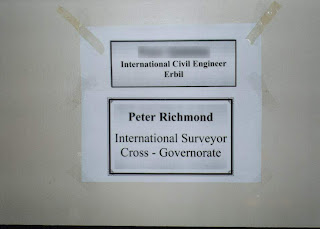 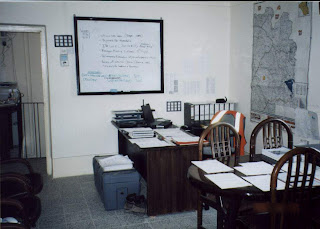 I was told about the Oil-for-Food Programme established by the United Nations, under Security Council Resolution 986, to protect the welfare of ordinary Iraqi citizens affected by the international economic sanctions imposed in the wake of the first Gulf War. Revenue was derived for the programme by allowing Iraq to sell oil on the world market, a portion of which found its way to funding the United Nations Development Programme’s Electricity Network Rehabilitation Programme (ENRP). My colleague went on to say that UNDP/ENRP was mandated to address the need for basic humanitarian levels of electricity supply throughout the northern governorates of Iraq namely Erbil, Dohuk and Sulaymaniyah (population 3.5 million). It seemed the governorates of Erbil and Sulaymaniyah were cut off from the national grid and had to rely on two hydro power stations whose generation capacity was insufficient to meet the demand, particularly during drought conditions. The governorate of Dohuk still continued to be linked to the national grid but received limited supply.
UNDP’s role in northern Iraq was unique in that it engaged a team of international consultants directly to implement ENRPs obligations which were the basis for our involvement.
My colleague then explained to me the organisational structure of UNDP/ENRP pointing out the key personnel. Gradually all the names, terms and abbreviations which I had been subjected to over the past six months became clear. Finally he added our small project to the mix, enigmatically named Z70, and its role in the overall scheme of things. We were to build mini hydro power stations in the mountains enabling small remote villages to have access to an electricity supply.
It was explained to me that in my capacity as a cross governorate international surveyor I was responsible for training and supervising the three teams of local surveyors and draftspersons in each of the three northern governorates, to establish site control at each of the selected locations and produce data and drawings for the feasibility, design and construction of the small schemes.
As the contract was for three months on, and one month off, my next break I duly figured would be September.
Finally, as the briefing was drawing to a close my colleague offered me a warning, “but the two most important things to remember is, firstly, don’t touch the local girls and two, make sure you get a land-mine induction from UNOPS.”
I was well aware of the temptation contained in the first warning having seen an abundance of pretty jet-black haired young girls the previous night strolling the streets wearing merely T-shirts and jeans in the hot evening air. I asked what the consequences would be if the first warning was ignored.
“You could end up dead,” was the terse reply.
The second of my colleague’s warnings, I thought, needed no further explanation.
Posted by pdrichmond at 14:26 No comments:

Chapter 27: Behind the Moustache - Kurd Country

“Hello Mr Peter,” I heard through the heavy black bakelite handpiece that I held nervously to my ear. “My name is Kak Barcode (name changed to protect identity). What time will I pick you up tomorrow morning from your hotel?” the voice was upbeat and filled with enthusiasm.
I paused to digest this new reality. I suddenly felt threatened and uncomfortable. It felt like I was being watched - like someone knew my every move. I had been travelling alone for several days up until this point through foreign lands, but now someone knew the precise moment I had entered the hotel. Who would know that I had just arrived in Baghdad and had just checked into this hotel? How did they know? The next day was Friday which I had been told was the Islamic weekend, so I was expecting a day of relaxation at the hotel preparing for my travel north on Saturday. Who was this person, I wondered?
The voice sensing my pause continued. “I am your UNDP driver, Mr Peter. I am driving you to .”
I relaxed. I was not an unsuspecting character in a spy novel after all, merely being gently enveloped into the waiting hands of UNDP operations. My journey north must somehow have been rescheduled for the following day. I tried to collect my thoughts in a tired mind.
“How about 8 o’clock?” I queried cautiously.
“Very well Mr Peter, goodnight.” The phone went dead.