Finding something to do on the Friday (weekend) always remained a challenge. In a world completely devoid of cinemas, shopping malls, bars, fine dining, cafes, bookshops, sporting facilities, franchises and live entertainment the emphasis was on the individual to create ways to pass the hours on those quiet, dreamy afternoons. 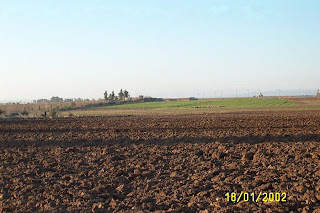 The task was much simpler during the hot summer months when the pool attracted an easy patronage of water revellers. But that source of entertainment abruptly ceased with the advent of winter. The only other sources of entertainment, apart from returning to work, were the UN club or joining a group of predominately my co-patriots on long walks into the surrounding countryside. 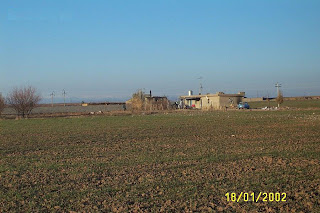 At precisely 1pm a half dozen or so people gathered outside the UNDP headquarters, and armed with bottles of water promptly set foot through the streets towards the outskirts of Ankawa. The pace was brisk and I knew from the outset that these guys meant business. I silently assessed my physical condition to gauge my preparedness for such an endurance episode. I drew some reassurance from the fact that some members of the walking party were a little older although I was wary of false hope. 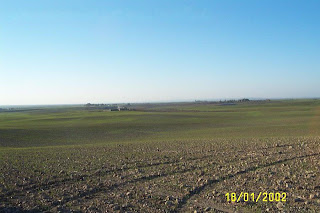 Once away from the streets of the town we emerged onto dirt tracks weaving through open fields and past solitary farm houses. The bare earth laid cold and dormant in readiness for next season’s wheat crop. 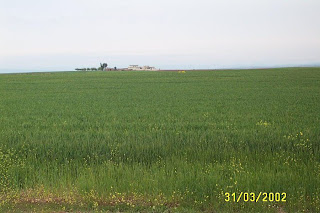 As we marched in a steady rhythm across the fields I became aware of the peace and tranquillity of the space, away from honking horns and belching exhaust pipes. Some of the group walked in clusters talking and sharing jokes and others moved ahead or behind preferring to walk in solitary thought. At the much slower pace than in a vehicle I found I could absorb and enjoy the spectacular vistas of the distant mountains, the hills and the far off metropolis of Erbil.
Occasionally we would pass through a small village and the children, with scampering chickens afoot, would swoop out to greet us. One member of our group would take their digital pictures and (as I found out the following week) distribute hard copies to each of them next time we passed.
Suddenly after about one hour at no particular location it was announced that we turn and head back. I noted at this point a large village far off in the distance but relieved that the trek had reached its half way mark I made no comment. 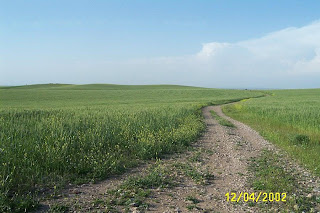 Arriving back in Ankawa I was already looking forward to the following Friday even though the rigours of the first walk were still very much apparent. I had inadvertently stumbled upon desirable companionship and good country exercise encompassing all the therapeutic benefits of placidity. 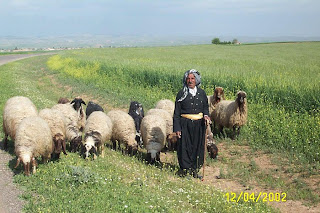 This Friday activity for me quickly turned into a ritual. The number of participants would swell and ebb as word of this alternate activity spread throughout the community and people joined and left our procession for whatever their reason but I noticed a core group of hardened walkers remained. 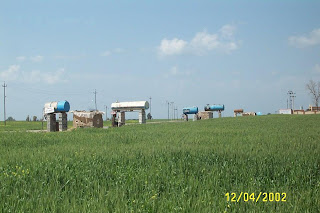 As the weeks past I discovered another enjoyable source of entertainment. With each week that transpired the fields across which we walked gradually transformed as the wheat crop was sown and finally the brown/grey earth became tinged with green as the succulent shoots poked through the clods of soil and reached for the sky. As the weather warmed the wheat grew higher until we were walking through a lush ocean of green. Then as the heat intensified the fields turned golden until finally we witnessed the harvesters combing the land to collect the precious yield. 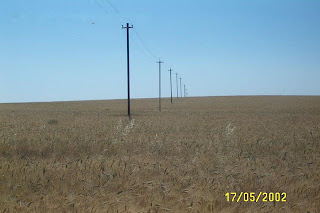 With the coming of the hot summer months the walk became more and more gruelling. Water became a critical component of the endeavour. The number of bottles of the precious liquid each had to carry increased dramatically. However as our collective fitness increased the distance we could cover in the two hours grew and I noticed our reach towards the village was extending further before we turned around. 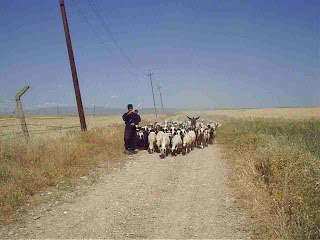 Our pace, the distance travelled and the heat soon reached levels unacceptable to the social walker who was seeking a stroll and a chat. It was serious walking and not for the faint hearted. The pool culture was a much more attractive recreational option. 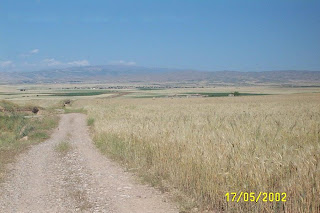 On the extremities of one walk I suggested we push ourselves further and try one day to reach the village that shimmered in the heat at the end of the road. I was greeted with a luke-warm exhausted response but in the company of die-hard expats the challenge was upheld. 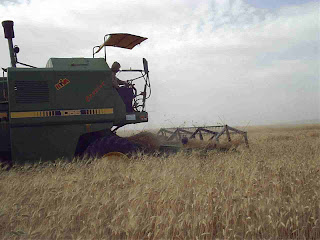 And so became the “village-too-far”; and so each week our dedicated troupe of walkers trod across scorching earth, armed with a measured amount of water, in search of our “Everest”. 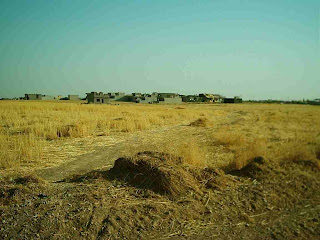 Each week we would push ourselves closer to our goal before exhaustion and heat turned us around. Some would collapse and break down on the journey home, the pace too quick for their tired bodies. The drawn, sweaty faces of the company sitting on the curb outside the corner store back in Ankawa drinking cold soda reflected the defeat of the day as each withdrew into one’s own thoughts. 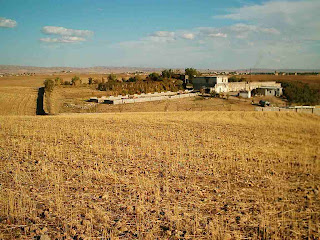 Then just as we thought the challenge impossible and unattainable the weather cooled slightly as the summer months drew to a close and with the weight of water reduced and the threat of heat exhaustion eased a memorable day finally arrived when our quest was resolved. In the individual search for activity and entertainment a small band of hot and tired Friday afternoon walkers, hugging each other with jubilation, finally reached the “village-too-far”.
Posted by pdrichmond at 14:57